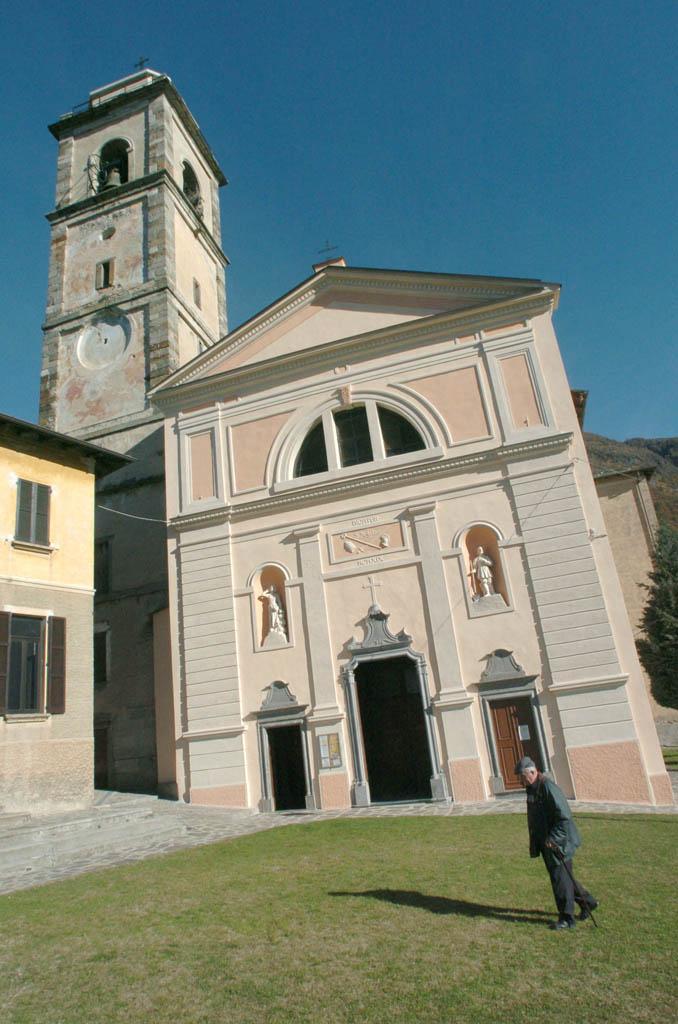 The St Martin Church is a religious building situated in Sueglio , in Valvarrone.

The church was a reference point also for the communities of Introzzo and Vestreno , because the village was very important to all the valley. The dedication to a Saint that was venereted by the Franchis and the strategic and panoramic location testifies the antiquity of the original building , that probably come from Longobardians age , in which it was a paramilitary function.

From 1583 , its consecration year , the construction was expended and modificated few times with the influence of the differents styles in the course of time. The church presents a cries to Latin cross and is costitueted by only one nave , by one transept and by an apse for the major altar and the presbitery.

On the left side there are some traces of the medieval church , thanks to the baptismal font from 16th century and to the painting of the baptismo of Jesus Christ. In the apse you can find the precious major altar that come from 1660 , it is presented like a little golden temple shaped like a tower , decoreted by a crown of Saints and angels that surround Christ. The altar is the representation of the triumph of paradise in the earth and it reproduces the ” Sacred Mount “.

The façade presents instead a neoclassic structure. The entrance portals are three , one central and two on the sides ; on the central portal there are the symbols of Martin soldier ( helmet and sword ) and of Martin bishop ( mitre and pastoral ) contained in a frame. The mighty tower bell was built near the church between 1697 and 1705.