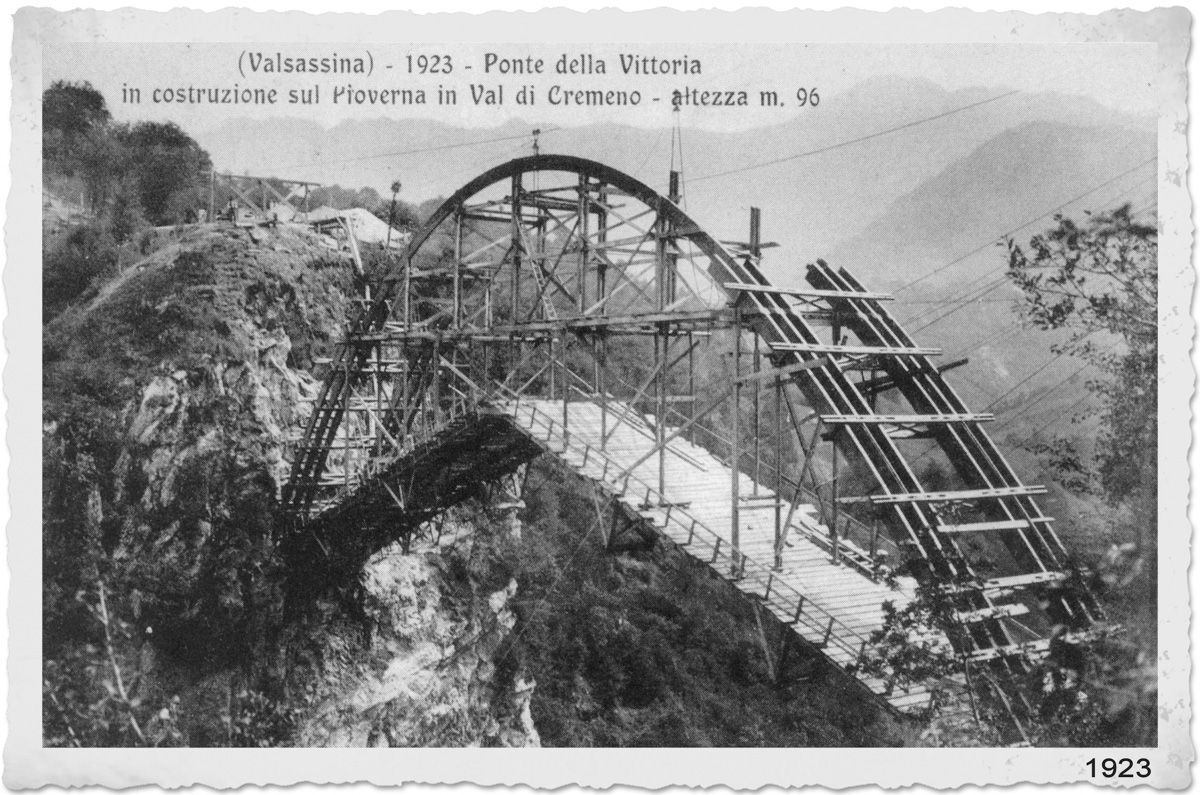 The Bridge of Victory and the Moto Guzzi hydroelectric power plant are two intriguing points of interest near Cremeno, a small village of the Valsassina Plateau.

The Bridge of Victory

When the bridge was built it was certainly a gamble: it crosses the Pioverna torrent with an height of 96 meters, with a single arc of 200 meters. The structure is made of reinforced concrete, and it is a single parabolic arch 53.5 meter long, which, thanks to its slender pilasters sustain the bridge, with an original width of 5 meters and a length of 75 meters.

The structure has two cantilevered sidewalks on both sides, and there is an observation terrace in the centre of the bridge, where is also the monument to the Fallen.

The Bridge of Victory was constructed in 1924, projected by the engineer Danusso of Milan, and was built by the Terzi company. Later, it was then reinforced in 1984, widening the floor to have a 6 meter roadway but leaving intact its original architectural and stylistic features.

After the Second World War, Moto Guzzi built in Valsassina a power plant to bring electricity to the factories of Mandello del Lario, exploiting the waters of Pioverna. Closed in the 1960s, it was largely dismantled, with the exception of a long cement line connecting Moggio, Cassina, Cremeno and Maggio. The line is visible along the route from the village of Maggio to the locality Tonalli di Sopra, Pra Marc and to the ancient road to Culmine of St. Peter.

In one of the valleys where the power plant’s torrents flowed there is the Cascina Cornella. The owner, Marialuisa, has rebuilt the history of the power plant and of the workers who worked there between 1947 and 1950: you can contact her for curiosity and anecdotes. For the area of Valsassina Plateau, the hydroelectric power plant represented a great opportunity for development and led to work in the difficult postwar period. 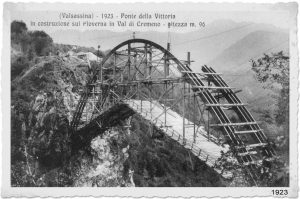