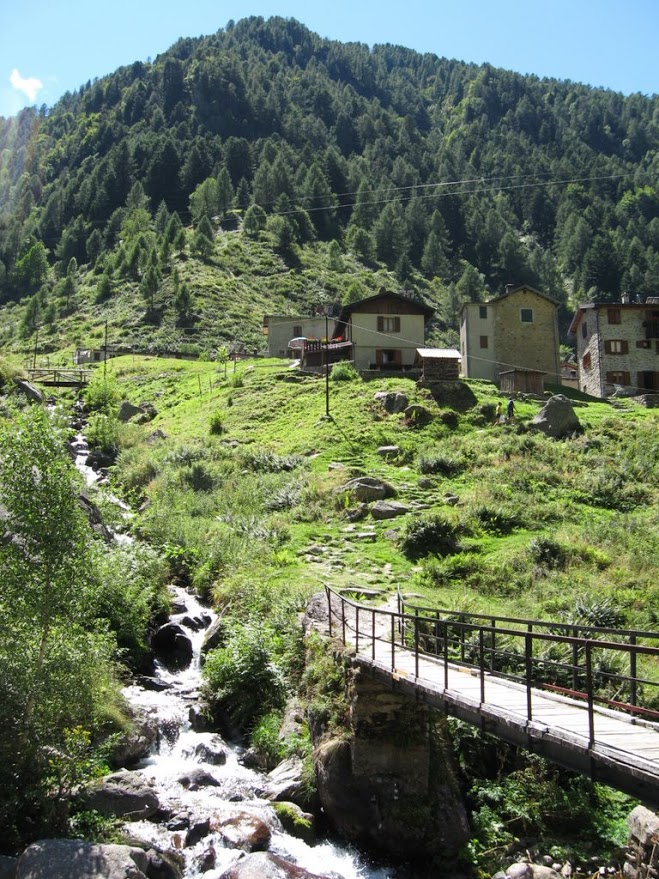 Scattered here and there on the area , the mountain pastures or ” Mont ” as they are called in Premana , were once used as summer pastures of cattle and goats.

It is the first pasture met along the military road going from the bottom of the valley in Premana up to the high pastures in Varrone. It is dived into Forni di sopra and Forni di sotto and is one of the most popular and renown pastures in the area. The vegetation is typical of the mountains , nature is unspoiled and the fresh creek flowing among large boulders creates pools where in summer it’s possible to swim.

It can be reached in approx. 1 hours using the unsurfaced road starting from Premana in the industrial area of ​​Giabbio and winding up along the river Varrone.

Another itinerary goes along the easy path starting from the village of Premana in Via Risorgimento , just before the Cooperativa di Consumo bend , which then connects with the above mentioned road located in the hamlet of Gebio. Time needed: just over an hour.

From Alpe Forni other pastures can be reached in a short time , such as Casarsa , Vegessa and Barconcelli.

Alpe Casarsa ( 1180 m ) is just a few minutes away , in front of Alpe Forni and beyond river Varrone right where it starts Valle di Barconcelli. It’s one of the few pastures where the tradition of moving cows and goats from lower pastures remains.

Very close is also Alpe Vegessa ( 1190 m ) the newest pastures among the premanese community. Unlike the others it offer wonderful greenery outside each cottage.

Going up from Casarsa along a narrow valley in just over 30 minutes it’s possible to reach Alpe Barconcelli ( 1415 m ). It is located on a hill bearing the same name and located half way up the valley. From here , climbing some more , it’s possible to reach the hamlet of Laghitt and then Val Biandino with Tavecchia mountain hut and Santa Rita mountain hut at the foot of Pizzo Tre Signori.