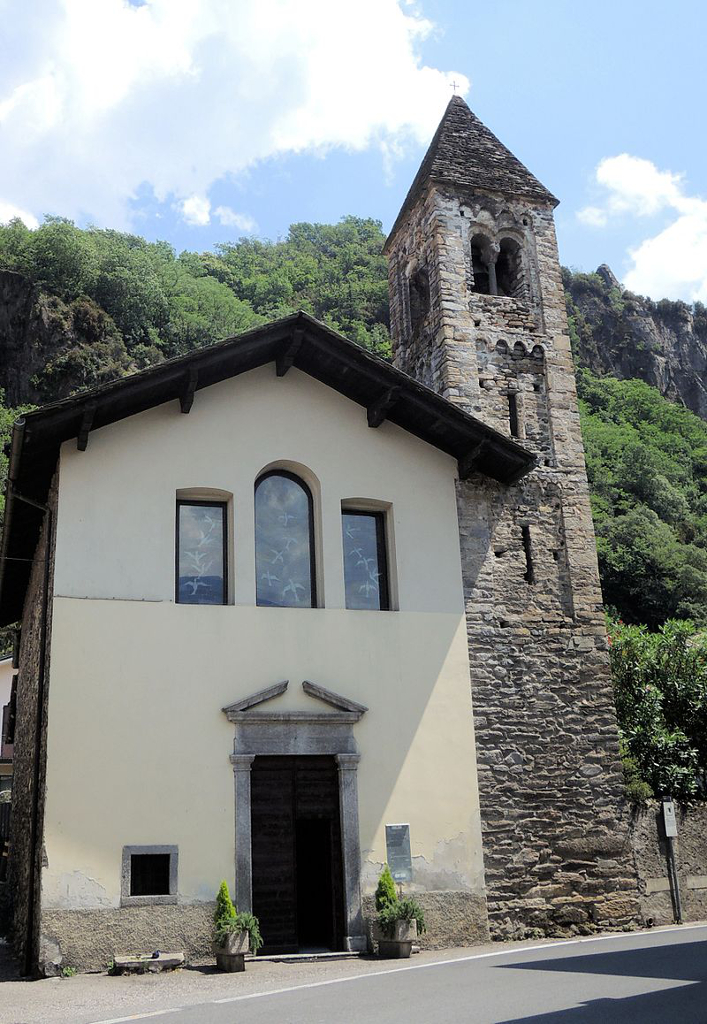 The church of St Quirico and Giulitta is situated near a bridge over the Varrone , in Dervio , in proximity of the Tower of Orezia’s Castle and of the Wanderer’s Trail.

The building was declareted national monument since the beginning of 1900 , thanks to its valuable Romanesque’s tower bell , attributed to XI century and perfectly preserved. Instead , the rest of the church has been reworked several times over the centuries.

The construction was mentioned for the first time in a testament in 814 , so we can presume that it already existed like private chapel and then it was donated to the Church of Dervio.

The church is dedicated to the two martyrs of IX century , whom are represented in the frescoes and onto canvas that you can find internally. Traditionally Quirico is represented like the son of Giulitta , both deads because they don’t want deny the Christian faith. But really this martyrs’ life events are not known ; their cult is usually connected to the presence of Franchi. The Quirico and Giulitta’s party was on July 16th.

With the vote of December 1629 , the people of Dervio undertook to celebrate Saint Carlo’s party (November 4th) in solemn way in the Church of St Quirico and Giulitta.